An open letter to the City of Cleveland

Share All sharing options for: An open letter to the City of Cleveland

did you expect anything different?  Your GM is Danny Ferry.  Your coach is Mike freakin' Brown.  Your team hasn't made one decent draft pick since 2003.  Every free agent they have signed has been disappointing.  Mo Williams had half a good season and then quickly faded.  Antawn Jamison is good but he's never been in a position to win it all, not even at UNC.  Beyond LeBron James there was nothing all that exciting about your roster.  Average-to-above-average players, sure, but the construction of that roster would have failed Daryl Morey's standards a long time ago.

But the worst offense?

You put faith in this man: 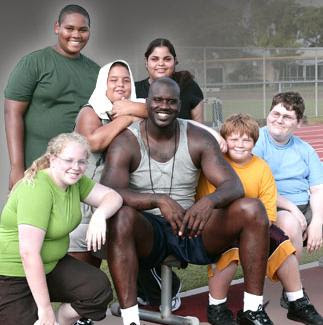 Shaquille O'Neal... the fat guy in the middle there.  No, the other fat guy.  The taller one.

With no Kobe or DWade to cover for him... the FatAss was never going to deliver a ring.

Oh, and in the meantime and until proven otherwise, LeBron = Michelle Wie.

Eric Cartman would now like to drink your tears, Cleveland..........