If there's one thing that stood out most about the 2010 NBA Draft Media Day, it's the glasses. DeMarcus Cousins, John Wall, Evan Turner and Al-Farouq Aminu made sure to take out the Kid Cudi-esque shades for the cameras. Also, Cousins is a very, very big man.

Some general impressions: Patrick Patterson is just as professional as I had heard - he takes these interviews very seriously. I came away impressed with Paul George and Xavier Henry as well. They said all the right things and came off as very well prepared. I'd be happy with taking either one of them. Lastly, Gordon Hayward looks younger in person. He might be 12 and we just don't know it.

Now, to the real stuff. Here are a couple of scattered rumors here and there (to be taken lightly, of course):

1. Hassan Whiteside's stock is soaring and the Rockets like him a lot. No word on whether or not they made any specific offers, but apparently Whiteside could make the jump into the top ten.

2. Derrick Favors is sliding down draft boards after his poor workout against DeMarcus Cousins. It's almost a lock at this point that Wesley Johnson will go third overall to New Jersey. Minnesota didn't like what they saw from Favors, leading me to believe that they may look to trade out of the fourth slot. Houston, anyone?

Below are brief interviews with I managed to get with players whom I consider to be on the Rockets' radar. Lastly, I managed to catch Jonathan Givony for a quick exchange before the day came to an end. Each link has a quick highlight from the interview next to it. Take a listen.

Xavier Henry - Looks up to Joe Johnson as a player, likes how business-like he is.

Cole Aldrich - Says the Joel Przybilla comparisons are a good thing. Going to a winning team doesn't concern him.

Patrick Patterson - Says he's not sure if he can play center. Hopes teams recognize his perimeter game.

Ekpe Udoh - Would love to stay in Texas and play. Also referred to me as 'sir,' which is awesome.

Jonathan Givony - Talks Whiteside, Paul George and the possibility of a trade with the Timberwolves.

I was also able to attend the NBA Fit event that took place at Madison Square Garden, featuring many of the players who will be projected to be taken in the lottery. Walked around the court, took pictures on my phone, but that was about it. It was a great event nonetheless and I'm sure the kids enjoyed it. Pictures after the jump. 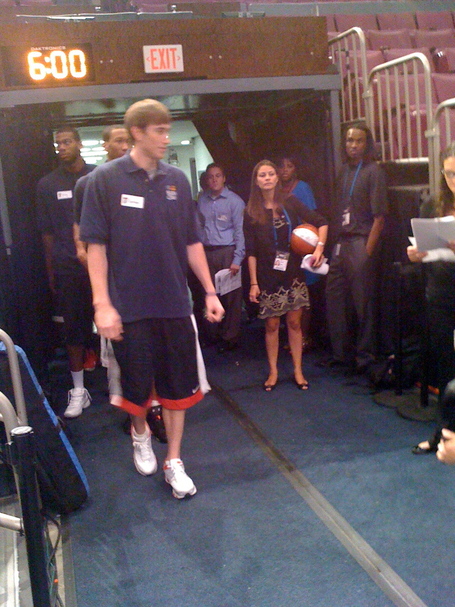 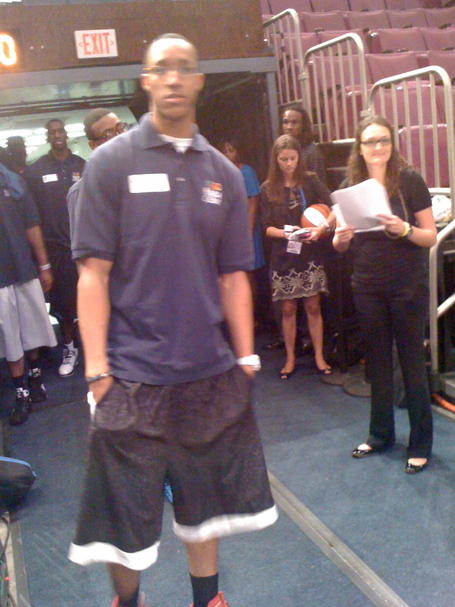 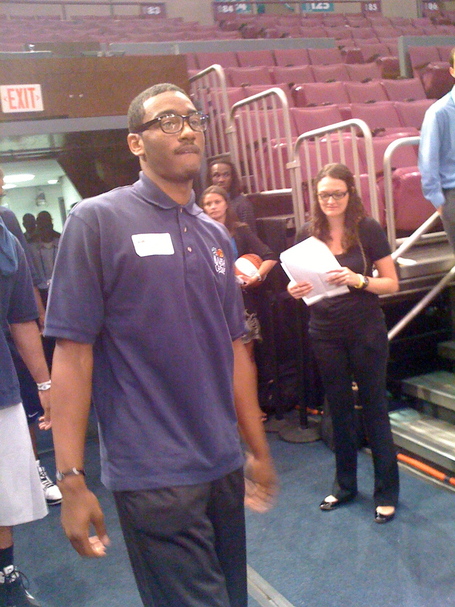 Rumor has it that this man will be the number one overall pick. Sounds about right. 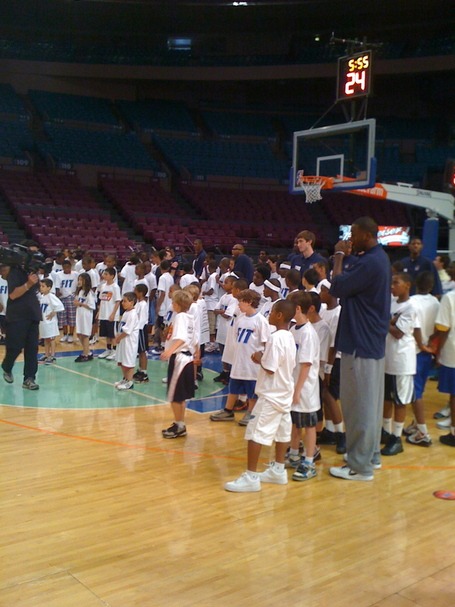 Players with the kids. 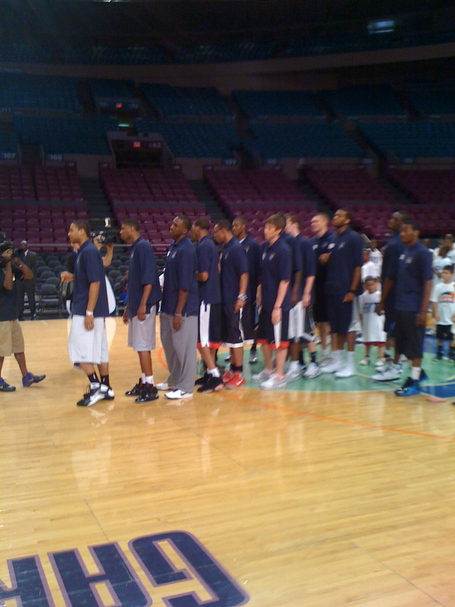 Xavier Henry, Paul George and Patrick Patterson in the front of the line. Makes plenty of sense.