An Ode to Spectacle

Share All sharing options for: An Ode to Spectacle

or, "In Defense of LeBron James"

Over the last two years it seemed like each day in the NBA was building to July 2010. Indeed, the James Earl Jones soundalike ESPN uses for its "IMPORTANT MOMENTS IN SPORTS" coverage made that explicit last night, intoning over a LeBron James montage that this was the most anticipated free agent event in NBA history. And that was pretty much borne out by the evidence: more people watched LeBron's "The Decision" than watched him in the finals in 2007. People really cared what happened.

In the last two months, we have seen some of the most insanely beautiful decisions and consequences in NBA history. We saw the Blazers fire Kevin Pritchard (presumably for nefariously tearing the team's hamstrings himself) only to ask him to run their imminent draft. We witnessed Daid Kahn draft seven frontcourt players in one furious night of franchise-wrecking, only to follow it up with offering a $20 million, 4-year contract to Darko Milicic. The Knicks did exactly what so many of us said they would do - fail to lure Lebron and/or Dwayne Wade to New York - and instead did exactly what I predicted - sign Amare Stoudemire to a max contract.

This is the stuff Greek tragedies are made of, folks. And ESPN's special (and, more importantly, its buildup) was simply the summer's climax. It had all the drama of Hollywood's best epics. Seriously, ESPN could make a killing by turning the 2010 Free Agency Signings into a film. Here, I even came up with some concept sketches: 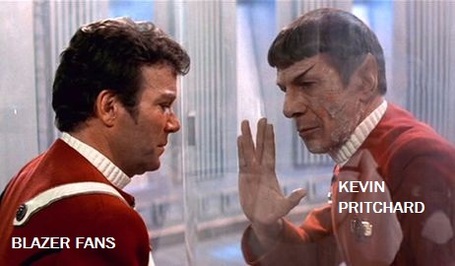 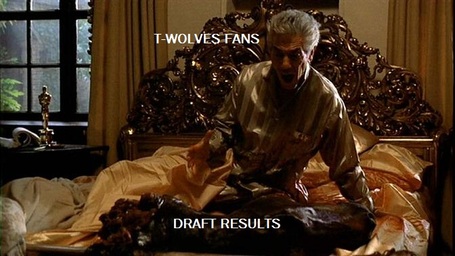 Imagine this sequence in the movie: a critical montage (silent save for the soundtrack) as LeBron announces his decision to sign with the Miami Heat. We cut to celebrating Heat fans. We cut to shots of burning cars and jerseys (and maybe the Cuyahoga). We cut to a shot of Knicks GM Donnie Walsh watching the ESPN coverage. He slowly turns to face the camera and walks to his desk. The camera follows his movements as he draws from his desk a battle labeled simply "HEMLOCK." We cut to Kevin Pritchard shaking hands with various Knicks executives as the music crescendos once more, and cut once again to a party in Miami. We see closeups of the eyes of Chris Bosh, Lebron James, and Dwayne Wade. Wade and Bosh are ecstatic; James looks pensive even as the party rages around him.

Really, this is why we watch the NBA. We like the drama and all of the season's unbelievable twists and turns. We want to see the buzzer-beating shots and last-minute comebacks. We want to see the underdog take down the favorite. Frankly, it's better than most fiction.

So that's why all of this stuff about whether or not James "did the right thing" is a little ridiculous. Sure, it's not quite what we expected him to do (up until he actually said he was going to the Heat, I fully expected him to sign with Cleveland), and perhaps it lacks some of the satisfaction that would lie in seeing him win a championship for Cleveland, but you can't deny that it is a compelling story, even if the guy most people were rooting for turned out to be a bit of a dick. But that's exactly what most people are complaining about - in fact, it's basically what TBJ said this morning. It seems that most fans just hate the fact that Lebron James made this huge spectacle of his decision.

Well, that's what we really wanted. And as evidence I submit to you the entirety of the NBA's history, the histories of every other American sports league, and the fact that ESPN makes oodles of money off of these spectacles every single year. To criticize LeBron for this is to basically criticize him for doing exactly what we wanted him to do. The alternative would be a press release, and, frankly, that would suck.

So hate LeBron James all you want. Criticize his free agency decision. He's the villain at this point. But don't criticize him for making a big deal out of what is necessarily, through our viewing of its drama, a big deal.