Wow, that was one of the best games I've ever seen from the Rockets. Unfortunately, I didn't catch the entire second half. And that's when we started to come back.

I was studying in the library in the first half. I had the feed up and was really was only paying half-attention to the game. I watched the ugliness until halftime, at which point I left. Then I started getting tweets on my phone about how we were coming back, then that we took the lead, and then finally that we had won.

So you'll forgive me if I may not watch this game tonight. In fact, some of you might force me not to watch it.

As for tonight, it's going to be tough. The Rockets haven't beaten the Blazers in their two previous meetings this season, and this is the third and last matchup for the season. So, without the tiebreaker, the Rockets actually need to hope that the Blazers either win or lose a ton of games the rest of the way so the tiebreaker doesn't come into play.

The Blazers are coming off a loss to the Hawks at home on Sunday, but are still in seventh place in the Western Conference. They just added Gerald Wallace and he came off the bench for them and he tallied 9/5 but shot just 4-12. Much like Dragic here and Carl Landry in New Orleans, it will take time for him to figure out the offense in Portland. For now, he has to trust his instincts and pick his spots.

As an aside, head over to Blazersedge. It's possibly my favorite SB Nation blog outside of TDS. Their fans are knowledgeable and generally open to comments and questions. Note that I didn't say "open to trolling." Plus, I feel like we are kindred spirits. No two teams in professional sports have had to deal with the string of bad luck and injuries like we have. Oden, Yao, Roy, T-Mac, Pryzbilla, Aaron Brooks. The list is a lot longer. I think we all know that.

Miller was on the trading block big time, and for a while it seemed like the Blazers were looking to swap him for Devin Harris. He is very similar to Chauncey Billups in my mind, but doesn't get as much credit. He's averaging 13/7/4, but I liked it when he had that Afro look rather than the bald thing he's got going on now. Yes, hairstyle is a pivotal part of performance.

Lowry battled Deron Williams and Chris Paul to a victory. His defense has been great, and his pass to Chuck that then went to Brad had me so fooled I almost believe that he lost the ball. But I know better. Lowry's a beast.

Wesley Matthews is the ultimate success story. Undrafted out of Marquette, he signed a one-year deal with the Utah Jazz then played so well that we was offered a 5 year, $34 million contract from the Blazers that Utah couldn't match. He went from Zero to Hero in no time flat, just like Hercules.

With K-Mart, well, you know what you're getting at this point, right? 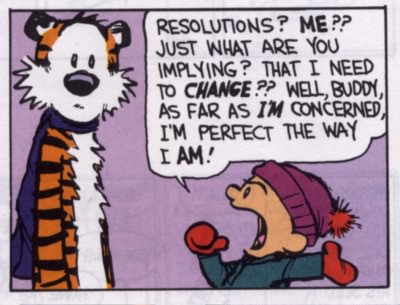 Tough one. Batum has had a breakout season, but from what I gather he has slipped as of late. He shot 41% in February, but take that with a grain of salt since half of his attempts are from behind the three-point line, making that average much more respectable. He will also, without exception, make at least one great play for them in every game that blows the roof off the Rose Garden and causes a coach to call a timeout just to shut the fans up. I expect him to make two tonight, but that's just the pessimist in me.

I like Budinger, and he just had one off game I realize, but until I get a better read on his consistency as a starter I can't give him the edge in any matchup that he doesn't flat outright win. Thus...

Aldridge has been playing out of his mind recently. In February he averaged 28/9 on a crazy 56% shooting. Not only that, but he's carrying this team on offense at times. I would give him Player of the Month, but those geniuses at the NBA offices will probably give it to Blake Griffin. I mean, the guy jumped over a car! That's never happened before! Like never, except for the hundreds of times it has been done. But those are all posers. They're all just copying Blake, and I'm just a hater. We play the Clippers tomorrow. I'll have to control myself before then. Odds of that happening? Not good at all.

And so, a paragraph that was meant to be glowing praise for LMA turned into a jab at Blake Griffin. I'm here all season, folks!

I don't know anymore, Chuck. Are you going to have one of those incredible games again? Are you going to start playing volleyball competitively? Because my intramural team could use you. That would be the one place where a 6'6" guy would actually be really tall.

Marcus Camby would still be able to block your spikes, though, so I don't know.

Advantage: Blazers; seriously, that's an all-star team coming off the bench (minus a big man)