My favorite city in the United States is probably the home of the Rockets' opponent tonight: Portland. I have actually been to the City of Roses four times. I have crossed the Hawthorne Bridge, been to the International Rose Test Garden, and spent a whole day at OMSI.

I was this close to going to Lewis and Clark College or Willamette University only because I wanted to live in or around Portland. It is my dream destination as a physician, and holds a special place in my heart.

So it goes without much saying that my favorite NBA team besides the Rockets is the Trail Blazers. I have never been to the Rose Garden because I was either in town during the offseason or the club was on a road trip. It's on my bucket list.

I think it's the Blazers and their fans that are yet another reason I love the city. For years, I rooted for them to be the team to topple the Lakers dynasty, and I felt terrible when they had to rebuild after going all-in on those runs (the Jail Blazers stuff didn't help either). The Rockets can kind of understand some of those qualities, though technically the team has never officially "rebuilt."

Their fans are awesome, and last year a guy (cavejunctionblazer) came over here to post his condolences about Yao's injury. And though I'll be rooting for the Rockets pretty hard, these games are always a little bittersweet for me. Though they are easier to swallow when they're in Houston.

Quick programming note: BD34 will be doing the Wizards preview on Monday. I'll be back at it on Tuesday.

I've never been much of a Raymond Felton fan, and it's not going to start today. He's shooting 35% from the field and 17% from the three point line. Of course that means he's going to go bananas against us tonight. He also gets about 7 assists per night, which is nice.

Oh man we need Courtney Lee back so badly. Last night the backups looked lost when Lowry wasn't on the court with them. I'm not saying that Lee suddenly makes the second unit run like they aren't chickens with their heads cut off. I just mean I think we'll be a little smoother and move the ball a little better with him out there.

Anyway, Lowry is better than Felton.

Matthews plays very efficiently and can do a whole lot of things. Though he doesn't have Martin's capabilities on offense, he's still a really good shooter and can also defend as well. I'm not sure how Portland will play this, but I wouldn't be surprised to see Matthews stick with Lowry, at least early.

But I've been wrong before. A lot of times before. 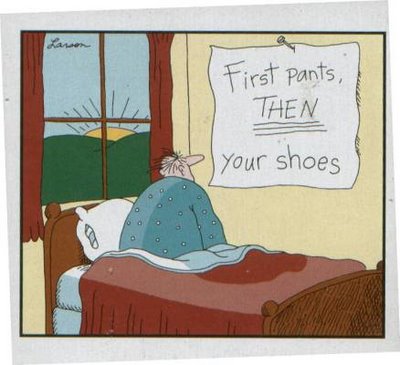 Wallace is shooting a ridiculous 60% from two, but a mortal 31% from three. Keep him and his cohorts out of the paint and off the line and Rockets might have something here. In fact, the Blazers are shooting 81% from the foul line, good for best in the league early on this season. The Rockets need to turn the Blazers into a jump shooting team, just like they should turn every team into a jump shooting team.

It's not rockets science, it's Rockets Science! Man I'm funny.

The safe bet is that LMA is the Rockets killer tonight. Long power forwards who can post up and generally have polished games usually abuse Scola and the Rockets. If Camby doesn't play, it allows the Rockets to choose how to guard Aldridge: either with Dalembert or even Patterson or Hill. But there's no denying that Aldridge is good, and his selection to the preliminary squad for Team USA is well deserved.

And Scola has officially proven the Charlotte game to be an outlier. And I'm seeing more and more that he's always in position for rebounds, but they're being grabbed by teammates before he can get them. Still, as long as he's boxing out properly and going for them, I don't really care how many he officially averages.

Camby hurt his ankle last night against the Spurs. I have no clue whether or not he'll play. Their backup center is Kurt Thomas, though obviously Aldridge can play the 5 in a smaller lineup without really sacrificing too much.

Now that's the Samuel Dalembert the Rockets were hoping to get last night. Here comes the hard part. Was it just to punish the Kings, or is it something that he might sustain over the rest of the season?