Time for the annual Blogger Previews to stop through ol' H-Town. Here's The Dream Shake's preview for the Rockets' 2012-2013 season.

1. What significant moves were made during the offseason?

/turns on the mic.

Now, this is a story all about how the Rockets got flipped-turned upside down, and I'd like to take a minute — just sit right there — I'll tell you how most of the old team left Houston through Bellaire. 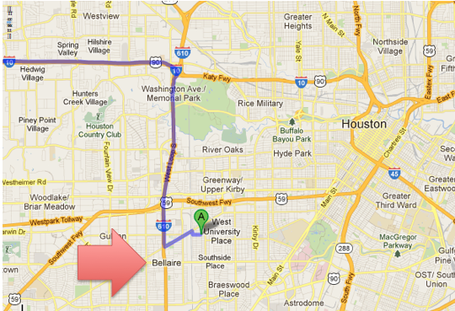 In north Philadelphia born and raised, on the playground was where Kyle Lowry spent most of his days. (Before the Rockets traded him to Toronto for a guaranteed lottery pick).

Chillin' out, maxin', relaxin' all cool, Luis Scola was shootin' bball outside of the school. (Until he was amnestied for cap reasons during Houston's pursuit of Dwight Howard).

And then a couple of draft picks that were up to no good, started making trouble in the neighborhood. (This also resulted in Sam Dalembert's departure as Houston moved up a few spots to select UConn's Jeremy Lamb, plus two more potentially impact rookies).

Goran Dragic got in one little fight and Daryl Morey got scared (to give him an extra year on his contract) and said, "You're going back to Phoenix, take the exit through Bellaire."

Morey whistled for a cab and when it came near, the license plate said "Lithuania" and out stepped Donatas Motiejunas to make his debut in the NBA.

If anything, I could say that these moves were rare, but Morey thought, "Forget it, Courtney, Chase: Exit through Bellaire!" (He then opened his phone and nearly called a sniper on Magic GM Rob Hennagin).

Morey pulled up to a house about 7 or 8 and yelled to his cabbie, "Yo, SCHOENE, smell ya later." He looked at his kingdom, he was finally here, to sign Jeremy Lin, Omer Asik and Carlos Delfino and watch them arrive through Bellaire.

What are the team's biggest strengths?

The Rockets' strengths aren't entirely visible to the untrained eye, but if you look a little closer... well, no, there aren't many at all. But what I will say is that this entire team — now made up of rookies, unknowns, role players and Kevin Martin — has zero pressure on its shoulders to win games. And until Martin gets moved, it still has some good talent.

Omer Asik and Patrick Patterson plus the other fifty-seven power forwards on the roster should finally give Houston a size advantage against some teams that they haven't had since the days of Yao Ming. And while the frontcourt is loaded with options, luckily intriguing rookie Donatas Motiejunas should still see minutes despite the crowd.

The Rockets also have a pretty darn good backcourt with Jeremy Lin and Martin, and Chandler Parsons could easily sneak into the conversation among the more underrated small forwards in the league if he can improve his jump shot. He's already a plus defender with a knack for scoring in transition and setting up teammates.

The biggest strength, of course, is youth. And the youth is pretty darn talented, albeit with some significant risks. But in the position Houston finds itself in, there was no point in letting asterisk draft picks like Jeremy Lamb (too one-dimensional and without a killer instinct?), Terrence Jones (another tweener disaster?) and Royce White (anxiety issues too much to handle?) get away without tapping them first to see if they can reach their ceiling.

What are the team's biggest weaknesses?

Houston will likely struggle all season long with turnovers, consistency and everything else that plagues a young, fastbreak-oriented team. This group should be fun to watch, as long as fans can stomach the losses.

On the whole, any Rocket who steps through the door to join Houston can spot a big weakness: Stability, or a lack thereof. The floor can drop from underneath a Rocket at any point in time, and GM Daryl Morey has even come out and said it: He's always trying to upgrade the team. This is as unfinished a roster as Morey has ever put together, so if these players get a little wary about where they might end up a year from now — honestly, in most cases, anywhere — then that could make for more frustration. We've seen it before, especially with Kevin Martin.

What are the goals for this team?

To win games. That's still the goal, and if the Rockets somehow do win a bunch of games — it's not going to happen — it will have come as a result of a few young guys playing like studs. So that's nice.

A more reasonable goal is for Kevin McHale and his staff to give the young players a legitimate shot at playing time. This is still professional basketball where people get paid to try to win, so it's tough to blame McHale if he doesn't run a rookie starting lineup out there from the start, but there's a good chance guys like Lamb, Motiejunas, Jones and White (plus Marcus Morris) get some good time as the season progresses. Obviously, minutes will vary for each of these players, but the more time they see, the better.

Ultimately, the Rockets are still star-searching. The failed pursuit of Dwight Howard netted the Rockets a chance to finally start over and get off the treadmill (they had finished 9th in the West in three straight seasons), even if the team won't publicly admit that a rebuild is what's best. But that doesn't mean Houston has suddenly gone all-in on the draft. The Rockets still have the cap space to make a run at a few free agents this summer and have plenty of tradeable players to try to once again — for the fiftieth time — pull off a big midseason trade.

What are the best and worst case scenarios for this season?

Best-case scenario: I can't decide if I'd rather see the Rockets win or lose. Again, if they win, let's say, 45 games (GASP!), at least a few of the rookies will have suddenly played pretty darn well from the start. I don't think the Rockets have their future core in Lin, Lamb, Jones, Motiejunas and White, but I think one or more of these guys can wind up becoming a big piece down the road. But for now, I think the Rockets' best bet is to go down swinging and keep adding to the youthfulness.

So, actual best-case scenario: The Rockets win 30 games, finish 13th in the West and see the young guys play plenty of minutes.

Worst-case scenario: The Rockets win 22 games, finish last in the West and SHABAZZ MUHAMMAD, HOW CAN THIS BE A WORST-CASE SCENARIO?

I hate having to play "scenarios" with bad teams in basketball. Tanking is such a sore subject. It really is. So you know what? There are no scenarios this season for Houston. Let the chips fall where they may, and once I either wind up depressed or happy... talk to me then.