Ruminations from the Bench: Royce White gets advice from a new friend

What really led to the current dispute between Royce White and the Houston Rockets? Our investigative team has uncovered a potential theory. (The following contains language that may not be suitable for children or those easily offended. Ear muffs, everyone!)

Share All sharing options for: Ruminations from the Bench: Royce White gets advice from a new friend

Through anonymous sources, The Dream Shake has acquired details of the events leading up to Royce White leaving the Houston Rockets and going on his Twitter rampage this week. Or rather, we made the whole thing up. You decide which is which.

[SCENE: Monday, November 12th - Somewhere deep in the bowels of the Toyota Center...] 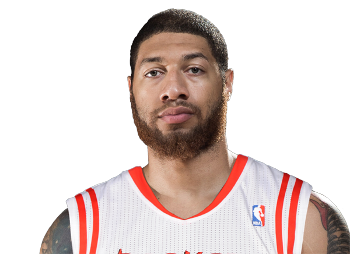 Royce White [muttering to himself]: Stay calm, Royce. He's just the general manager. He is not to be feared. People even call him a "dork" and he does not even get mad. You can do this.

*Knocks on the door.*

Daryl Morey's door has the following sign on it: 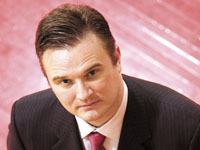 Daryl Morey: [looks up from playing advanced copy of Call of Duty] Who is it?

Daryl: So, Royce, what can I do for you? I hear you've been missing a lot of practices.

Daryl: So why have you not been at practice, Royce? I thought that we resolved any issues you might have about flying and traveling with the team. And why have you not gone to see Dr. Fink?

Royce: I've been busy. As you know, I'm an advocate for my cause. And during my advocacy I have learned of many other causes that need my attention, too. So I have a lot of advocating to do. A lot. Also, that doctor you got for me is weird. Have you seen him? 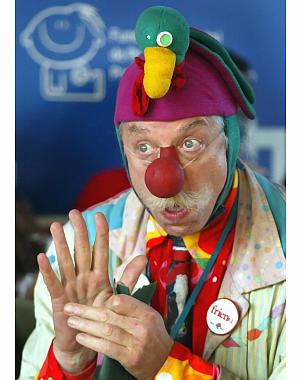 Royce: He freaks me out. I think I may be anxious around clowns, too.

Daryl: But he's a doctor.

Royce: But he's also a clown. Or something. He's not helping.

[Morey is getting annoyed]

Daryl: Fine, okay, Royce. For now can we just start over? Tell me why you could not be at training camp...

Royce: I told you, I was advocating.

Daryl: Advocating for what, exactly?

Royce: Well, during the start of training camp, I heard about this event in Austin. "Austin City Limits" or something. I was there to advocate. On behalf of those with bad taste in music.

[Daryl is now visibly annoyed and is rolling his eyes]

Daryl: What about this week? Why were you not at practice this week?

Royce: I saw something on Twitter about "Movember" and realized that there are a lot of people who cannot grow awesome facial hair like me. All of those people who cannot give a mustache ride. For shame. So I went to a gathering to show my support for them. I thought you'd understand. You and the Rockets said you would work with me! 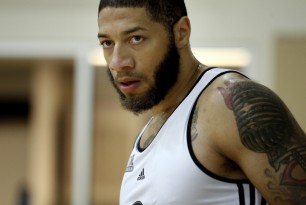 Daryl: We said we would work with you on your ANXIETY, not other causes. You are an employee and we expect you to be available to play basketball.

Daryl: Royce, you have to earn your playing time here. You have to be available to do that. This conversation is starting to give me a migraine.

[Morey sends a text message to the public relations department about Royce White being out for the Heat game. He accidentally also sends a message about his migraines that were intended for Keith Jones. The PR staff mistakenly lists Royce White as being "OUT - migraines"]

Royce: You are not working with me here. I feel like a commodity.

Daryl: Royce, you missed most of training camp. Now you've been randomly disappearing to go, uhh, "advocate" as you say. Why could you not at least have shown up for training camp at the end of October? You know, after ACL was over.

Royce: My adviser said that we had a really important cause to advocate for. Very important.

Daryl: I'm afraid to ask. What cause could that have been?

Royce: October is breast cancer awareness month. My adviser told me to use my new high-profile and platform to help raise awareness and, in his words, "save them tittays!"

Daryl: May I ask who this adviser is? He sounds, umm, influential.

Royce: He told me not to tell you. He told me that you are not to be trusted. Especially with contractual bonuses. He also said we need to look at my contract again so that I do not suffer the same fate as him. He's very wise and experienced on these matters.

Royce: Yes, sir. But you should know that I will not let this go! I have a platform. My voice will be heard!

/Royce immediately opens up the Twitter app on his iPhone/

[SCENE: Royce White's apartment near the Toyota Center, shortly after his meeting with Daryl Morey.]

Royce walks in the door... sitting on his couch is none other than: 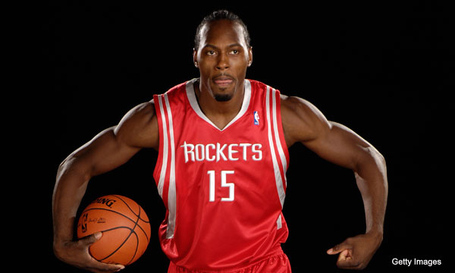 Joey Dorsey: What's up, bitch? Did that nerd fix your anxiety yet?

Royce: No. And you were right. He is not to be trusted. He tried to get me to tell him that you were advising me. Then he kicked me out of the office. He did not even give me the chance to tell him about my other advocacy efforts.

Dorsey: You tell him about saving the titties? Good times.

Royce: Yes. He did not seem to care. I'm feeling very anxious now. I need to tweet about this.

Dorsey: Fuck that nonsense! You need to come out with me. I have the ultimate cure for this anxiety of yours. It's foolproof. Unless you are Shane Battier. That bitch would rather go sing to this girl named Carrie Yokel or something. Carrie Yucky? Carrie Yokie? Shit, I can't remember her name. Carrie something. She must be a real crazy white girl. But that's all he ever talked about. You are better than that. You got me to educate you about the real NBA world. You should be thanking me. I'm better than any doctor they can give you. I can give you the real shit here.

[Royce's phone starts receiving texts from his teammates wondering about him] 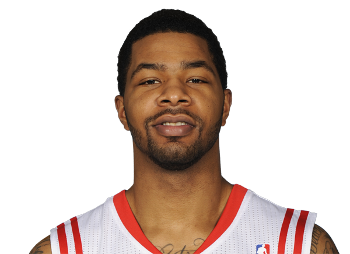 Marcus Morris: (texting Royce for the 10th time in the last hour) "yo, RW, where you at? Hope you okay. Come out with us tonight. Me and Cole gonna watch the game. Rock, Chalk, Jayhawk!" 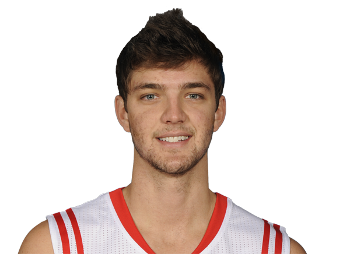 Chandler Parsons: "hey, I saw M texting you again. You should come out with us instead. Battier told me about this awesome karaoke place in Houston. Tons of college chicks, dude! Hit me up on Twitter." 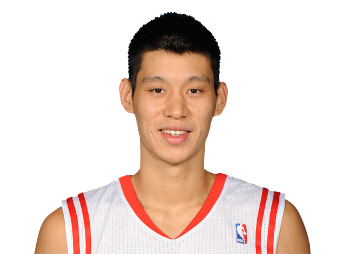 Jeremy Lin: [lengthy message split] "Royce, I heard about your absence. I am disappointed. It is very important to have good attendance. I had perfect attendance all through school and look where it got me. ........ If you are still anxious, you should come with me to church. We have a great support group there. It would be nice to talk about something other than why Carmelo Anthony hates me so much." 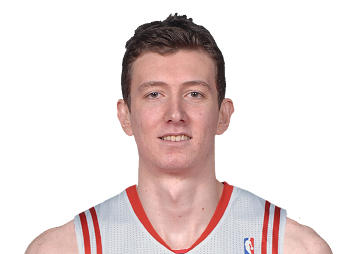 Omer Asik: "Mr. White, I understand your pain. Our coaches keep forgetting to put me back into games when the Rockets need a rebound. I, too, am tired of being overlooked."

Dorsey: [referring to Asik] You know Judge Reinhold? He was awesome in those Beverly Hills Cop movies. Though Eddie Murphy carried him. I asked Coach Gene Hackman to introduce me to him one day, but he acted like he had no idea what I was talking about. [reflecting on past times] Man, fuck these Rockets coaches. Don't listen to them.

Royce: Who? What? Umm, they are just my teammates. I think. I do not see them very often. They will not join me in my advocacy. I think they mean well, but they just do not understand. They accept being commodities, so I must advocate on their behalf, too.

Dorsey: The fuck are you talking about? Let's go get some pussy.

Royce: I.... uhhh.... I don't know, Mr. Dorsey. My doctor said that dealing with girls might only exacerbate my anxiety. I need to be careful.

Dorsey: Eggs-ass-a-what? Just use a condom, dumbass. You gotta stop being a pussy and start getting some pussy. I only get anxious when I've gone a couple days without getting some action. That's happened like...... twice. It was horrible. I can only imagine how twitchy you must be.

Royce: Twitchy? It, uhh, does not work like that. I have a real condition. Something as simple as getting in an airplane is very difficult for me. I cannot just go seek out sex. This is why I am very serious about my advocacy.

Dorsey: Bitch, that's what your Gorilla Dunk bonus is for! It's like standard NBA contract language. You just dunk a couple times, take that bonus money and give it to the ho'. She'll take care of you real good. 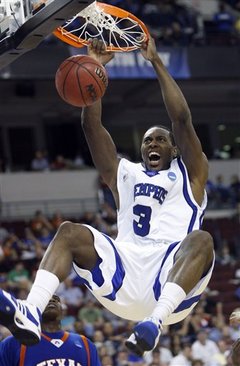 Dorsey: Oh, shit! You don't know what the Bonus is? Stupid rookies, what do they teach you in college these days?? You did not waste your time learning math or any of that shit, did you? I bet that general manager guy has not even told you about your bonus. I told you this is why we need to look at your contract again!

Royce: [taking notes] There's a bonus for that? You actually get paid extra for dunks?

Dorsey: Fuck yeah! I got bonuses for that ALL the time at Memphis. Only when I went to the Rockets did that shit dry up faster than an old ho's twat. Lying bitches.

Royce: That makes so much sense. This must be why they never let me play and why they frown on all of my advocacy efforts. They know how valuable I am and they do not want to pay me my real worth!

Dorsey: That's right. Don't let them fuck you the way they fucked me. But enough of that for now... let's go see some tittays! I don't want to risk getting all anxious and shit like you. I need me a release. Let the Dorsey Fin out to play.

Royce: [quizzical] Is that why you have that email address??? I think I understand now. It makes so much sense.

Dorsey: It's about time, bitch. Just get a taste of the girls and your anxiety will disappear. I guarantee it as your personal adviser and shit. It's the only math formula I know: anxiety is inversely proportional to pussy. Let's go give them hos a ride on the Rolls Royce!

After consulting with my personal adviser, I am willing to meet with you today to discuss how the Rockets and I can resolve our current dispute. I hope that you have had a chance to review my various requests and examine the importance of my advocacy efforts. Maybe we can move beyond this and I can begin playing again for the Houston Rockets.

[No, not in the D-League. My adviser succinctly said "fuck that" when I informed him of your suggestion that I play there.]

On a related note, I would like to review the terms of my contract with you again. I have recently been informed of some contractual provisions in the fine print of which I was not previously made aware of. In particular, the existence of a "Gorilla Dunk" bonus clause. 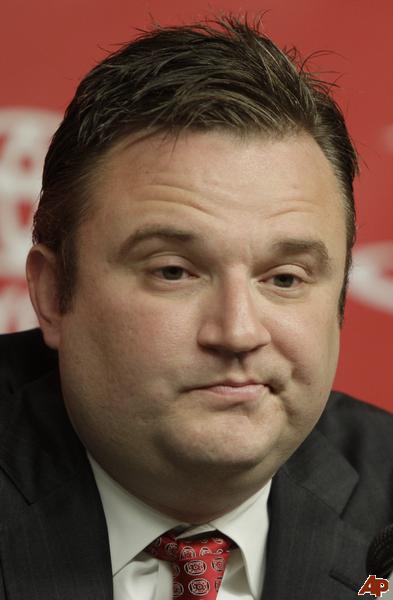 Daryl Morey: SON. OF. A. BITCH!!! Fuckin' Dorsey. I guess I will just have to call up Sacramento and trade Royce White for spare parts and their 2017 first round pick. [pauses] That's right, bitch. You are a commodity. And I want my party bus back.