Now, this is going off of quite an assumption here, as things like this can easily be photoshopped or forged, but thus far no one is denying the validity of them. But if they are true, one has to wonder how greatly Dwight Howard just dropped his market value to teams like the Rockets who are interested in trading for his services.

The photos are large, so I'll place them after the jump. 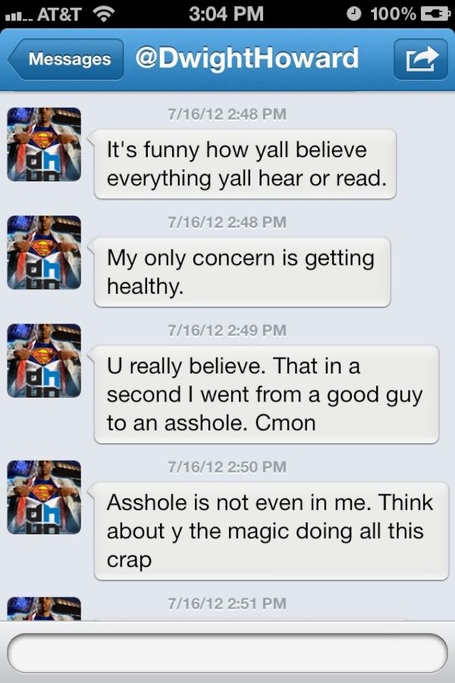 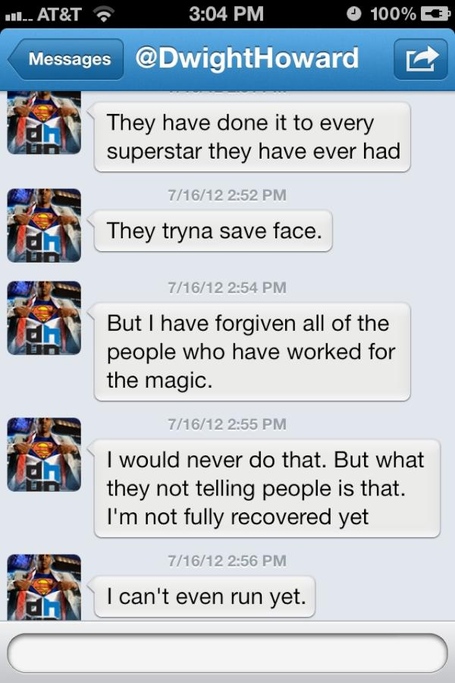 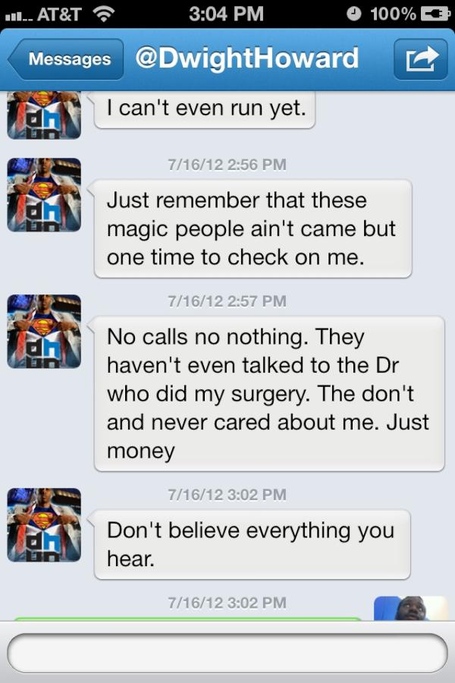 A big shout out to True Blue Nation for the find.

Okay, if these direct messages are in fact legit, then there are pros and cons. One pro would be that he has been vilified by the Magic organization and he isn't quite the jerk he's been made out to be. He's got a point about the franchise chasing off every star they've ever had.

Another pro would be that he has greatly diminished any leverage, which was already small, that Magic GM Rob Hennigan had in trade discussions around the league.

This leads to the big con in all of this; if he can't even run yet, it's hard to imagine he'd be ready to suit up by opening night. I'm sure any trade would hinge upon the incoming players being examined by the others' medical staff, but it's still a tricky scenario.

More details as they come out, but at the moment, no "credible" source has confirmed nor denied their validity. Still, this can't be what Rob Hennigan wanted to see out there today. 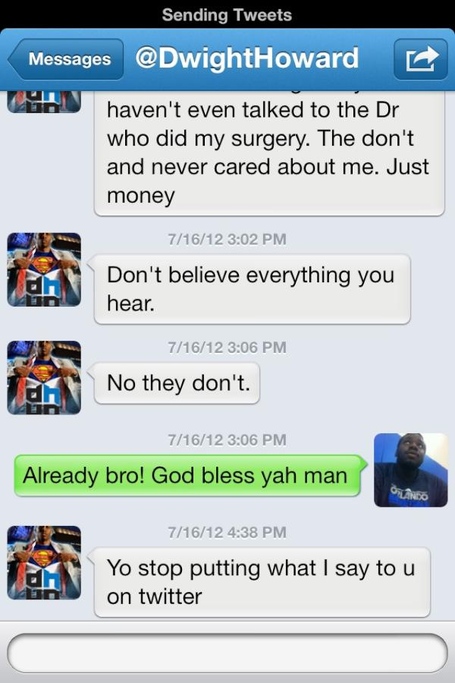