A night after scoring 125 on the Lakers, the Rockets scramble to exceed 60% of that against the Hornets on the wrong end of a back-to-back. A fourth quarter collapse leads to a crushing loss to the Hornets, 88-79.

Greivis Vasquez and Jason Smith alone were not enough.

After three quarters, the Rockets had a commanding lead at 69-59.

Then Roger Mason Jr. changed all of that. The Rockets -- all of them combined -- countered with a monster 10 point quarter. Not to put too fine a point on it, but that is not going to be enough. Mason, who I was not even aware was still in the League, finished with 17 points on 6-7 shooting. All but 2 coming in that lovely fourth quarter. Which means a Spurs castoff was 50% better by himself than the entire Rockets' roster. Yes, including Harden.

I have no idea how that happens.

So, after getting blitzed by the New Orleans Hornets 29-10 in the fourth quarter, the Rockets' winning streak is over.

I have no way of processing this other than seeing it through the eyes of Sterling Archer and Cyril Figgis. 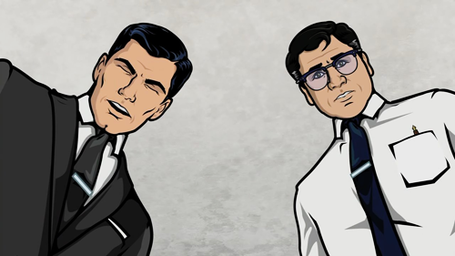 Archer: "When are you going to stop sucking at this?"
Cyril: [no response]

The game has now been over for ten minutes or so. I have already forgotten most of it. I find it best to repress painful memories. Let us focus on the positives, shall we?

(In honor of the now deceased five-game winning streak)

1. Jeremy Lin is starting to look healthy. Setting aside the abundance of turnovers, he's looking much more fluid.

4. Carlos Delfino sure has a picturesque 3-point shot.

5. Just think, if Tracy McGrady were still on the team, the Rockets would have lost by 30.

1. The unfortunately common slow start. A 22-18 first quarter when the Rockets could and should have been up by 15. Letting "Jason Smith" take over the game from the start is disconcerting.

2. Rebounding. Patrick Patterson's inability to consistently rebound is really starting to irk me. Dude can jump out of the gym. He's also quick on his feet. Yet his rebounding rate is abysmal. The Rockets did not secure a single rebound until almost 5 minutes expired. Or some very lengthy amount of time from opening tip.

3. The general malaise that seemed to infect the roster. Chandler Parsons still feeling effects of the flu (and still wearing Robert Horry's jersey number); Marcus Morris still has not realized he's rather mediocre at everything; Jeremy Lin still has a turnover fetish; Harden still tends to do the hero ball thing when the Rockets are on the wrong side of a run; Omer Asik still is not fully aware that he's SEVEN DAMN FEET TALL (dunk the ball!); and McHale seems to be a minute slow in calling timeouts with regularity. I know it was the wrong end of a back-to-back and there had to be a Lakers hangover, but this was ugly.

5. Seriously, the ENTIRE fourth quarter. Blowing a 10 point lead in a matter of milliseconds and then losing by 9 is unfathomable to a last place division rival. I am annoyed I picked this game of all recent games to recap.

Congratulations, Royce! You are not the biggest bust of the 2012 NBA Draft. That honor goes to Austin Rivers. Who is really, really not good at this whole basketball thing. At least not on the professional level. Nepotism, for the freaking LOSS.

Five Excuses for Why I Have Not Written Much Lately

1. Too busy complaining about Gary Kubiak

3. My bosses thought I should actually write things that generate money for them

4. Every time I have a good Royce White joke, he does something even more ridiculous

5. Too busy trying to rationalize how Craig Biggio did not make the Hall of Fame. JJ Watt agrees. 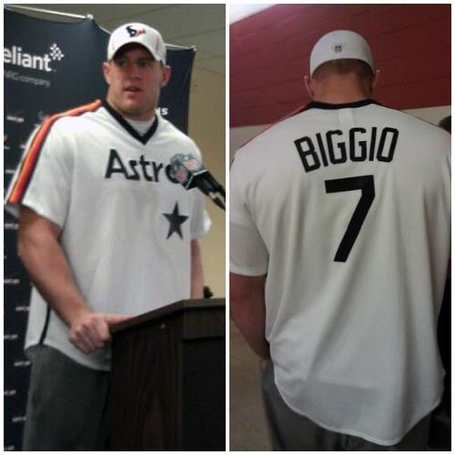 Besides, if every time I volunteer to recap a Rockets game leads to a 88-79 facepalming, I would rather take one for the team and delegate that task to someone else!

Since tonight was such a massive letdown, I shall leave you all with happier thoughts: