Game 5: How much Aaron Brooks?

Share All sharing options for: Game 5: How much Aaron Brooks?

Public Service Reminder: Aaron Brooks is on the Rockets and played 16 minutes in Game 4.

Tonight, Rockets fans should treat Brooks and his 15 minutes of run like an ex-boy/girlfriend.

Don't be surprised if he reminds you that you once loved him.

Jeremy Lin is a game-time decision for tonight's Game 5 against the Oklahoma City Thunder. Lin left Game 2 with a bruised chest and started Game 3, but was obviously hampered and left the game for an ice wrap. 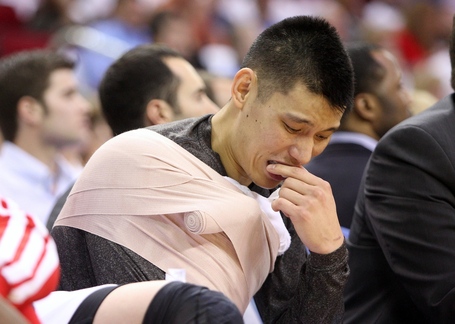 Rockets fans can probably agree the Lin that started in Game 3 shouldn't take the court in Game 5. We applaud his desire to grit it out, but he was far from 100%.

If Lin can play, McHale said he would likely bring him off bench in brief stints. Wants to see him, evaluate after no workouts for a week.

All speculation points towards James Harden starting tonight. But there's been no indication of how the illness/cold may hamper him tonight. He was far from his beardly-best in Game 4 and Rockets fans expect him to bounce back in Game 5.

So it comes to this. Aaron Brooks has found a small place in McHale's backcourt rotation in the last two games. Will we see more of him tonight?

He was terrible at the start of this series. Can we check the records at IAH? After getting back from China I'd bet the only thing he declared at customs was rust.
In Game 4 Brooks looked like a passable backup point guard. He showed us some of the endearing irrational confidence Rockets fans love. But he also reminded us he can't guard anyone and that his wrist is always preparing for one more dribble.
But the Rockets are going small and with no Lin and a potentially slowed James Harden, where else do we go?
McHale has little option but to give Brooks the backup minutes at guard in the current rotation and I wouldn't be surprised if he got the go-ahead to start shooting at some point.
Aaron Brooks won't be a major storyline. But he'll make you remember the ABZ glory days.
Close your eyes really hard during a commercial break and tell us what you see.
Classic Brooks pull-up jumper -- Pay special attention to the post shot swag: 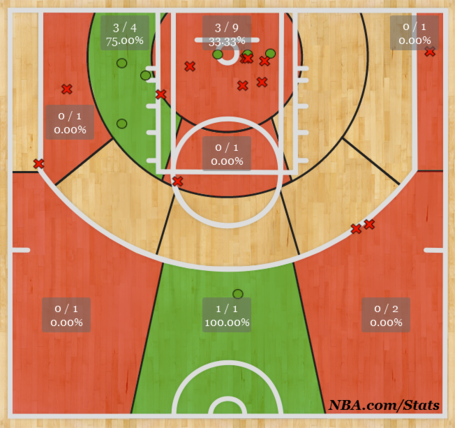 In the end. Perhaps the biggest question about Aaron Brooks tonight, does he still own this suit? 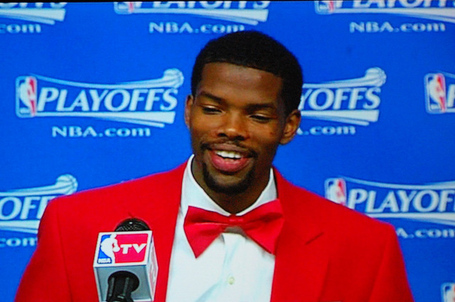