The Dream Shake writers voted on who the Rockets should pursue the most in free agency. Here's our Top 10.

Share All sharing options for: Top 10 Free Agents The Rockets Should Target

Rockets fans might be watching Game 2 of the NBA Finals tonight, but there's no doubt we're all thinking about next season.

The sky is the limit for our franchise on the rise and there's more to pay attention to than opening day at Toyota Center.

The Rockets front office is positioning itself to add one (perhaps two) new faces to the starting lineup next year. The league is calling Dwight Howard a 50 - 50 chance at relocating to Texas while the front office is calling Chris Paul free agent target 1-A.

Those are given free agent options. What team wouldn't want a Dwight Howard - Chris Paul tandem.

But who's the best fit for the Houston Rockets?

The Dream Shake writers ranked our list of the Rockets top free agent targets. We each submitted ten names. Your top name got 10 points and your bottom name got 1 point.

The "Point" total at the start of each article is how many points Dream Shake writers collectively awarded the free agents. Here's how our seven ballots added up: 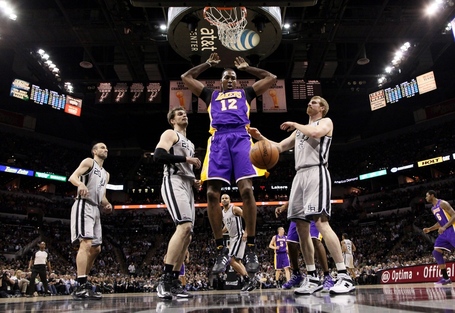 65 Points - Far more has been written about Dwight Howard's negatives than his positives. Attitude, complacency and injuries, they've all attracted more attention than the following statement - Dwight Howard is a unique talent who is a top five player in this league when: (1) He believes in the system he's playing in and it embraces his needs. (2) He supports the players he's playing with (3) He's genuinely enjoying himself. Houston provides Dwight Howard a fresh start after a travesty of a season and the best team he's seen since 2009. 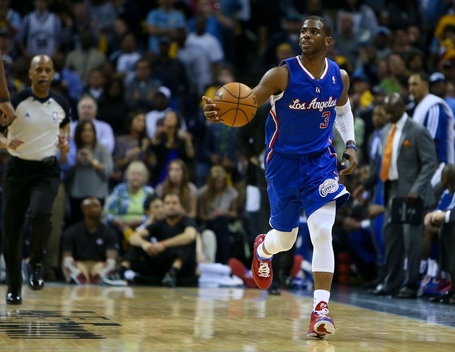 55 Points - Mercurial. This definition of Chris Paul leaves a ton to the imagination. It's fitting because you never know what to expect next from Paul. He's the NBA's best point guard after dethroning Steve Nash and he brings an entire compliment of offensive skills, court vision, leadership and veteran savvy. Does anyone come up with more clutch possessions than Paul? Any team in the NBA would be better with Chris Paul, including the Rockets. Adding him to the mix would make Jeremy Lin and/or Patrick Beverley expendable... Daryl Morey's favorite word. 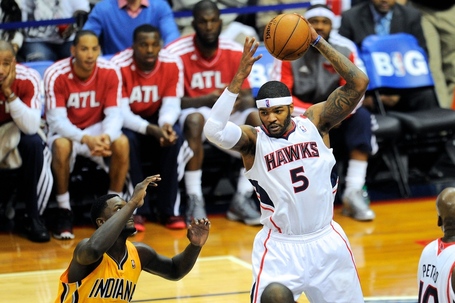 49 Points - The Atlanta Hawks have made six consecutive playoff appearances with Josh Smith quietly providing a push for each of these. Smith could be a perfect fit for the Rockets at power forward. He stretches the floor by shooting the three, but also has a number of tricks with his back to the basket. Smith pulls down boards and has spent years as one of the league's best weak-side shot blockers. It's surprising how versatile he is, but fantasy basketball geeks have known this for years. 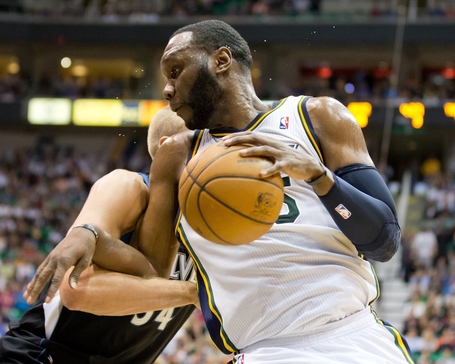 46 Points - Al Jefferson is an offensive minded player. There's no doubt about it. He's regularly cited as being too weak to play the center position and shying away from contact. The Rockets don't care, that's why we have a seven foot tall Turkish dude who does box-out drills while eating his Fruit Loops at breakfast. Jefferson would fill a huge offensive hole for the Rockets as a back-to-the-basket scorer at a time where we are not getting much defensive production or consistency from our power forward. Despite the complaints, Jefferson has still averaged 16 ppg and 9 rpg for his career, no big. 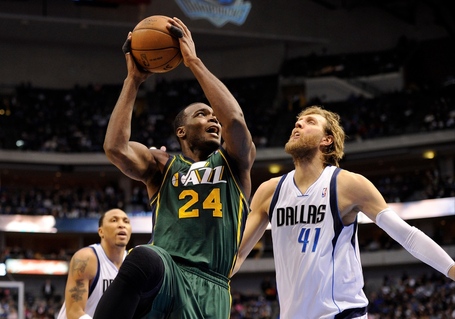 36 Points - Paul Millsap and Jefferson have created a level of harmony for the Jazz because of their differing styles of play. Millsap isn't the biggest guy on the court but he absorbs everything the offense throws at him like a pair of shocks on an F-350. Rockets fans would be most interested to hear that he's proven to be a great pick and roll guy. It's easy to see James Harden and Jeremy Lin operating with Millsap. He's an advanced stats guy, which might make him command more money than expected. 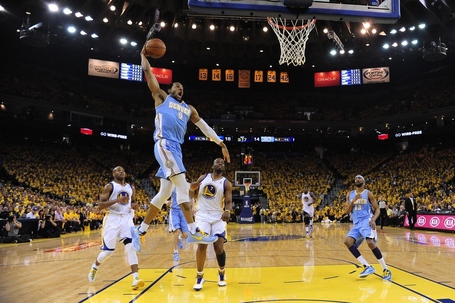 26 Points - On the 76ers Andre Iguodala proved himself to be a jack of all trades. On the Denver Nuggets he proved himself to be one of the league's top perimeter defenders and a capable offensive compliment. The Rockets certainly need to prove their perimeter defending. Lin gave way to Beverley in the playoffs and Harden burns .0005 calories during each defensive sequence. For the Rockets the biggest question would be where to put him. Our needs at 4 and 1 outrank improving our perimeter defense. As long as the strategy is still to run other teams out of the gym. 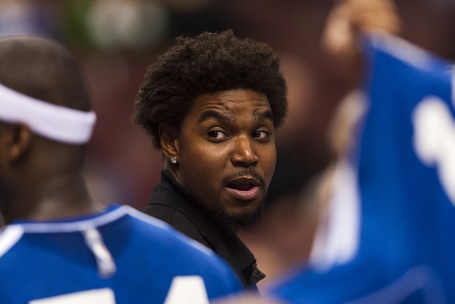 25 Points - It seems unlikely Andrew Bynum will command a maximum contract anymore. There's two major questions: (1) Is he healthy? Was he hurt to begin with? (2) Can he be had at a discount? Bynum most certainly provides the down low offensive presence the Rockets need and he could prove to be a value no one expected. Who will be the first person to photoshop a Harden-Bynum beard-hair mashup? 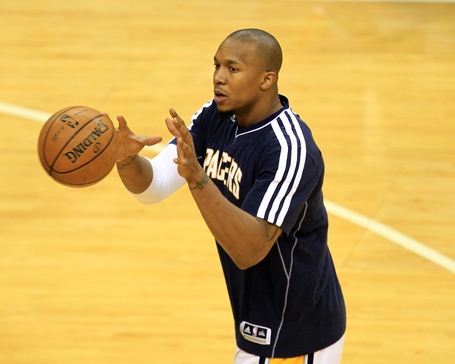 23 Points - After years of flying under the radar now even fans of the Miami Heat will now admit David West can ball. Bosh-Aldridge-West, that's my eye test list of the league's best mid-range shooting big men. West could blow the top off the Rockets standing as the league's most mid-range conscious team, but in a good way, like the two country songs you keep on your iPod and just blast when no one is looking. West also cleans the glass and tops a list of "dude's not to F with." Did you know David West made an all-star team as a Hornet? Cause he did. 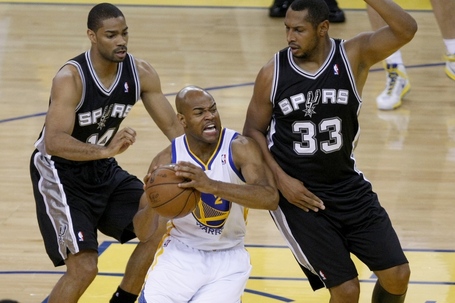 9 Points - Jarrett Jack faces an identity crisis. His play last season most certainly put him in a position to start for several teams in the league. However, he may have had his Manu Ginobili moment and realized how good he is as a sixth man. The Houston Rockets could undoubtedly benefit from the second version of Jack. An instant spark plug who moves the offense when Harden takes a rest. 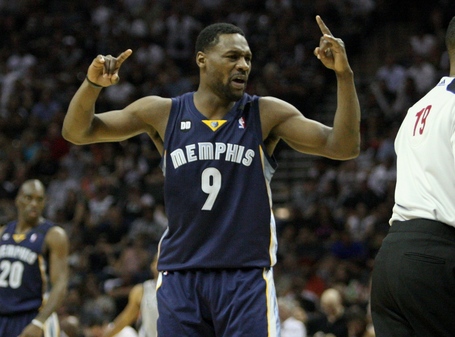 8 Points - Tony Allen's name is now associated with defense. He's almost a reborn version of Bruce Bowen, only a less accurate shooter and a much more intimidating human being, no bow ties here. The Rockets perimeter defense is atrocious. There's few players you can sign that change the temperament of your defense, Allen is one of them. Note: I accidentally credited Tony Allen with scoring a date with Miss Tennessee. Mr. Allen is getting married next month to his longtime girlfriend. So he's taken. Sorry future, current and past Miss Tennessee winners.