Rockets season preview: Can Harden and Howard carry Houston to a title?

The Rockets are potentially at a crossroads after a difficult summer. How can they respond in 2014-15?

Share All sharing options for: Rockets season preview: Can Harden and Howard carry Houston to a title?

1. What significant moves were made during the off-season?

Where do I start? The Rockets traded Omer Asik and Jeremy Lin away in early July with the hopes of signing Chris Bosh to a big free agent contract, then whiffed on Bosh and watched as Chandler Parsons went up I-45 to sign a massive contract with the Dallas Mavericks.

The Rockets countered those losses by signing Trevor Ariza, trading for former Rocket killer Jason Terry, drafting Clint Capela and Nick Johnson, and signing international prospect Kostas Papanikolaou. The team now has a lot more youth, but a lot more question marks going into the season after losing one third of its playoff rotation.

2. What are the team's biggest strengths?

Star power. James Harden is the league's top shooting guard, and Dwight Howard remains arguably tops at his position, giving the Rockets as good a small-big combination as anyone in the league. If Harden and Howard start kicking on all cylinders, this team could very tough to stop, especially on the defensive end. 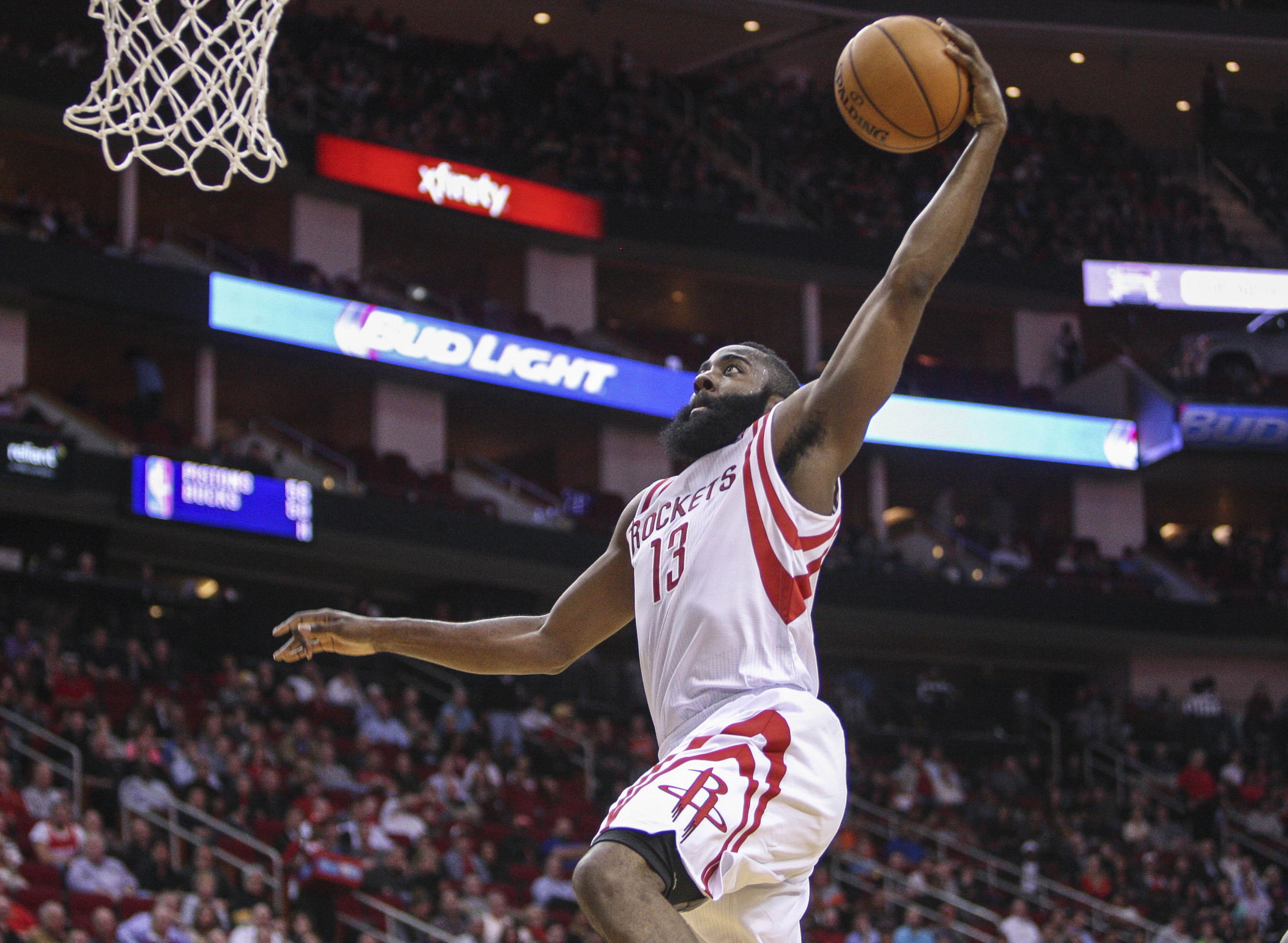 3. What are the team's biggest weaknesses?

Depth. This team is one injury from a minor crisis, especially in the front court. Dwight Howard had better be Superman next year, because if he goes down, the team is in serious trouble. His backup is Joey Dorsey or Jeff Adrien depending on who you ask, and God knows you don't want to see either of those guys starting serious time. People talk about the young talent the team gave up in losing Chandler Parsons this summer, but the lack of depth on this roster may be the bigger consequence of the moves this summer.

Omer Asik and Jeremy Lin may have been bench players, but they were excellent at what they did and were both capable of coming in and starting games if need be. Add in the fact that Patrick Beverley is coming off a torn meniscus that looked like it seriously held him back in the playoffs, and you have a team in serious need of a healthy season.

4. What are the goals for this team?

By the end of the season, it will have been 20 years since the Rockets last hoisted a championship trophy, and the goal is for that to change. It's not likely, but the team has enough star-power and high upside young players that they could pull it off if things break their way.

It may be a lofty goal, but there is little doubt that the pressure is starting to mount for the Rockets to get to the Finals. Anything short of a deep playoff run would not be good for Kevin McHale's job prospects, as his contract is up after this season.

5. Can Morey pull off one more big move?

In the last three years, Daryl Morey has made two massive moves, picking up Dwight Howard and James Harden to change the Rockets fortunes from lottery fodder to potential contender. This summer, he whiffed on the third move, failing to get Chris Bosh and seemingly stuck holding the pieces after a high profile blunder.

Still, armed with intriguing young players in Kostas Papanikolaou, Nick Johnson, Clint Capela, and a potential lottery pick from New Orleans, could he swing at least a somewhat big move this year? He's publicly said that he believes the Rockets are still in need of a third star player, but can he deliver it to Houston? If he does, he'll be a hero after a summer of being demonized, but another year of a early playoff flameout and the questions will start to mount on Morey.