Josh Smith to sign with the Rockets, per report

The power forward can sign on the dotted line at 4 p.m. CT

Josh Smith will be a member of the Houston Rockets, it appears.

Adrian Wojnarowski got the scoop (it is the Rockets after all), saying Smith has committed to signing for the Rockets' $2.077 million bi-annual exception. The Rockets need to cut someone to make a move, but a trade could be in the works instead:

Rockets working on a deal to create a roster spot, according to a source. Smith expected to sign Thursday or Friday.

So Smith will hold out until Morey can make a corresponding move. It's logical to think that this means dealing Dorsey or Black for a conditional second-round pick or something. But don't sleep on a move for a more prominent player, since minutes are now an issue.

There had been stories floating around that the Rockets had promised a spot in their starting lineup to Smith if he signed. This disputes the fact that had comforted many a Rockets fan into the idea of taking on Smith: he's just a backup, he can't really hurt the team, he can only help if he plays the right way.

We've already been over why the Rockets should or shouldn't do this move. Here's the TL;DR version:

If the Rockets get good Josh Smith, the one who was an All-Star candidate for years in Atlanta, they have an uber-athletic defensive force at the power forward spot who's top 10 in the league in blocks (he's No. 10 right now). They have one of the most gifted big-man passers in the game, and they have Dwight Howard's best friend. Kevin McHale just signed a contract extension minutes before this news broke, so it will be his job to get this player on the court in Houston.

Pros and Cons of Josh Smith 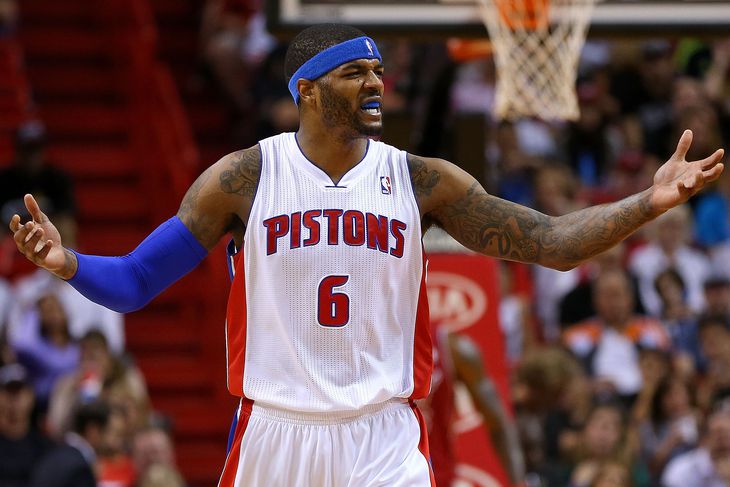 What kind of player are the Rockets getting?

The bad Josh Smith is the one Pistons fans are accustomed to. He's been the worst shooter in the league since he set foot in Detroit (he literally has the worst true shooting percentage of anyone, per ESPN Stats and Info). His athleticism is in decline, he has bad habit after bad habit and he makes his teammates worse, not better.

We'll have more on how this affects the rest of the roster soon, but my initial reaction is one of verrry tepid optimism. Josh Smith is still an NBA-caliber player, and he brings more playoff experience to the Rockets. With James Harden now being a plus-defender, he gives the Rockets SEVEN good defenders, once you factor in Donuts and Corey Brewer. That's incredible.

The Rockets have the depth to withstand a terrible Josh Smith too. McHale can just say "screw it" and play Donuts and Terrence Jones when they come back. What that will do to the locker room is anyone's guess.

Donuts is the biggest wild card for this move. He'll still play -- he's too good at this point to sit out -- but where, how, and with whom will be fascinating. Let's just hope he doesn't become Omer Asik 2.0 with the pouting. Also, sorry Terrence Jones, but this is looking worse and worse for you.