What's Kevin McHale looking for in the first preseason game

With preseason game No. 1 on deck Kevin McHale shares what he's wants to see.

Share All sharing options for: What's Kevin McHale looking for in the first preseason game

Health... Kevin McHale didn't mention it, but the absolute No. 1 thing he wants to see from Tuesday's matchup with the Grizzlies and for the rest of the preseason is for his stars to remain healthy.

But, on to the game Tuesday night with the Grizzlies, McHale will be looking for his to team play with pace. It will be the debut of Ty Lawson and with Lawson playing the Rockets will look to play faster and play more in transition.

"It doesn't matter what they (Grizzlies) do we gotta run so we got to get it and attack," McHale said.

The Rockets are essentially the same team that ended the season last year aside from Lawson. Even still you shouldn't see too many plays that will make you scratch your head and make you wonder... How long have these guys played together?

McHale doesn't expect many of the starters to get extended minutes, but he is interested in seeing them in action.

"I wanna see the first group that we play, and the first seven or eight guys, and kind of blend them in together a little bit and let them get more of a run," McHale said.

The first group against the Grizzlies should be: Ty Lawson, James Harden, Trevor Ariza, Terrence Jones (returned back to practice Sunday, looks likely to play) and Dwight Howard (likely very limited minutes, if he plays, he'll also be held out Wednesday).

Corey Brewer, Marcus Thornton and Jason Terry (could see fewer minutes, just due to age) also will get mixed in, but they're veterans you already know what you are getting with this core.

Rookie first-round draft pick Sam Dekker, and second-year players K. J. McDaniels and Clint Capela are likely to see big minutes as they get mixed and matched in with the first group of Rockets.

It does not look like Montrezl Harrell will play (missed practice with a thigh bruise) and of course Donatas Motiejunas will be out.

After you get past that, you get a whole bunch of guys that either doesn't have much experience with the Rockets or much experience in the NBA. Still, there is a position to be had in this Rockets training camp, with only 14 of the 15 roster spots spoken for.

The 5 guys fighting for the final roster spot 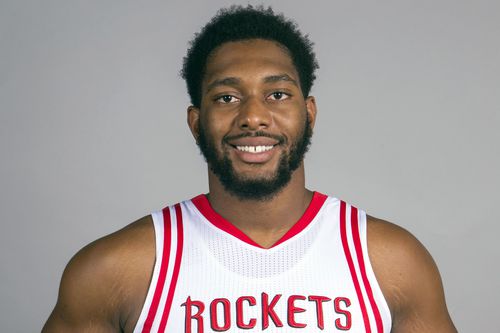 Breaking down the battle for No. 15

While that 15th spot is valuable, McHale doesn't expect too much from his younger guys, he's more interested in just seeing what they can go out and do.

"Just like to see them find the floor, that’s going to be a new arena for some of these guys," McHale jokingly said of his backups. "Find out where the floor is, and to know what basket we have and then defend the other basket and for them to attack our basket,"

It's simple and McHale said it with a smile, but it's pretty much the truth. With only a few day's in the Rockets system, it's understandable that he's not expecting the younger group of guys fighting for the 15th spot to go out there and execute the Rockets offense perfectly.

"I expect them to find out what basket we’re at and we'll go from there," McHale said.