The Rockets have a Patrick Beverley decision to make

The Rockets need a starting point guard. But do they need a new one?

Share All sharing options for: The Rockets have a Patrick Beverley decision to make

We all heard the talk, or did most of the talking, during the playoffs. "If Patrick Beverley was there..." and you can fill in the blank with whatever statement you wanted to make, ridiculous or not. The Rockets were down two starters for the entirety of the playoffs. Donatas Motiejunas' absence was felt less heavily because of our apparent affinity for left-handed power forwards.

In the backcourt, we trotted out not one, but two 37-year old point guards in Jason Terry and Pablo Prigioni. In turn, James Harden was forced to carry more of the general point guard duties, and from there he set a record in wrong way with 13 turnovers in Houston's final game of the season. The Rockets lost 90-104.

Since then, James Harden has apparently asked for ball-handling help. A reasonable request: the Rockets were weak at point guard last season. Hard truth: the duo of Beverley and Terry with a dash of Prigioni and spices of Nick Johnson and Isaiah "Why Would We Trade Him" Canaan made for the worst position on the Rockets depth chart.

So in free agency, the question becomes what is to be done with Pat Beverley? Jason Terry was statistically better, and aren't there better players on the trading block? Still, a qualifying offer has already been extended and he has remained a possible signing for many teams including Dallas, Chicago, Cleveland, and most recently none other than your New York Knickerbockers.

Reportedly, the Rockets haven't even talked to Patrick Beverley yet this offseason. This makes sense, letting him get the full free agency experience. However, this is also troubling, judging by the current Houston depth chart. The Rockets can match any offer, but as we learned last summer, we won't always do that. 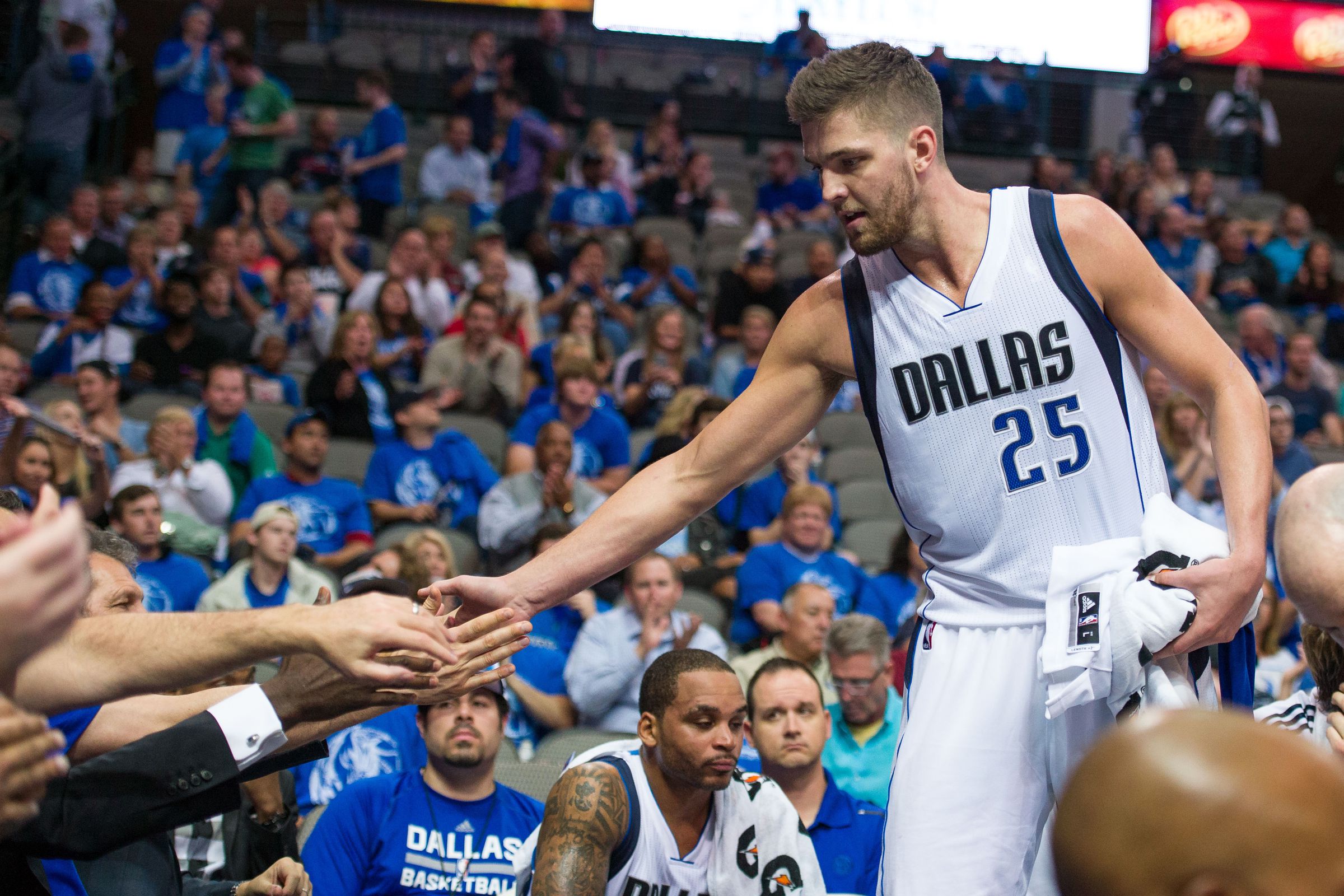 The way I see it, this can go down only a few ways: we match whatever is offered, we sign a different point guard and let him go, or we let him go and subsequently trade. So let's explore each.

To me, this heavily revolves around the money. With next season's salary cap at $67 million, the Rockets are under by around $7 million, without signing Sam Dekker's rookie deal (or possibly signing Montrezl Harrell and Christian Wood). Beverley's qualifying offer is cheap, and none other than your New York Knickerbocker's are desperate, so I would expect an overpaying contract around $10 million per year.

Now, the Rockets could easily sign that, provided they are willing to go over the salary cap (and they probably are). Meanwhile, the cap should skyrocket when the new TV money comes in next year, and, at that point, having one of the best defenders in the league at the point guard position for around $3-5 million a year would be a steal (no defense pun intended).

But here's my issue: I don't think it reflects well to begin a bidding war with none other than your New York Knickerbockers. In a year as GM, Phil Jackson is quickly goink from Zen Master to disaster, and Daryl Morey participating in semantics with him actively deteriorates the image of the Rocket's front office.

Sure, this is a specific scenario. It is entirely likely that another team could offer Beverley the exact same contract and I wouldn't feel nearly as ridiculous matching your very own New York Knickerbockers. All in all, if the price is right, matching would seem completely reasonable.

For all his merits, Jason Terry can't start in the NBA anymore. We all watched Stephen Curry demolish him in the WCF. We need a starter. But if not Beverley, then whom?

Here is a short list of current Free Agents at point guard: Rajon Rondo, Jeremy Lin, Mo Williams, Aaron Brooks, Ish Smith, Cory Joseph, and JJ Barea. Of that list, only CoJo is a restricted FA. But still, do any of those immediately scream improvement over Patrick Beverly? Only one who really catches my eye is JJ Barea, and even then he has only really thrived in Dallas. Are we banking that the third time will be the charm on Jeremy Lin? There is no solution to the "problem" of the point guard position in the free agent market, according to me anyway (feel free to disagree with me). So the other option is...

Rockets Trade for Someone

Get ready for some speculation... *cracks fingers*

The most likely trade would be for Denver's Ty Lawson. Despite his own speculation, as of writing this, the Kings are set to meet with Rajon Rondo, with whom they will likely panic and offer to pay far too much money. In that case, Sacramento wouldn't need another point guard, and Lawson's possible destinations would narrow. Lawson's on a contract to get paid around $12.4 million by the Nuggets next year and the Rockets would likely have to do a sign-and-trade with Beverley and another player (probably Terrence Jones).

Ty Lawson would be a welcome addition to Houston's roster. Lawson has a higher Offensive and Defensive rating than Beverley and a much higher PER. He also wipes the floor with Beverley's assist-to-turnover ratio, and that is with a team not nearly as talented as Houston's.

There are other point guards who would be an improvement that are technically feasible, if wholly improbable (i.e. Kyle Lowry, Jeff Teague). If you were going to make a trade, it would seem Lawson is the guy.

Patrick Beverly is a good player, and I would go so far as to say that he has improved since he came into the league as a Houston Rocket. Do I think he's an All-Star? No (but he might be the most skilled player in the league). Perhaps it would, and further should, be up to the Rockets organization to help Beverley get over the hump and become the contributor that puts the team over the top.

Would I welcome a trade for another starting PG? Sure, with open arms. However, if it ain't broke, don't fix it. Are we forgetting that the Rockets without Patrick Beverley were broken? And if so, wouldn't that mean Patrick Beverley (could) fix it?

At around 6 p.m. on July 3, per reports, Patrick Beverley has been re-signed to a 4 year, $25 million dollar contract. According to Marc Stein, first three years include guaranteed money at $18 mill with an unguaranteed $5 million in the final year of his contract.

And I'm excited, too. I think Bev can help out a lot and I think having the same team together over the course of more than 100 games is exactly the kind of consistency the Houston Rockets need.