The Houston Rockets didn't get a meeting with Kevin Durant -- arguably the top target for every team this offseason. But the Rockets appear to have a meeting in place for the next man on the list, free agent PF/C Al Horford. Sheridan Hoops reporter Michael Scotto is reporting that the Rockets will meet with Horford on Friday. The report has been confirmed by Fox 26's Mark Berman. 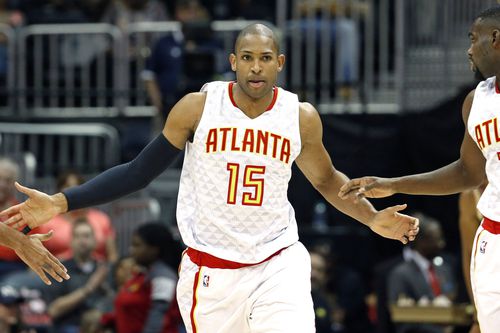 How the Hawks big man would fit on the Rockets

Horford, 30, has been a cornerstone of the consistent playoff contender Atlanta Hawks for nine seasons. He averaged 15.2 points, 7.3 rebounds, 3.2 assists and 1.5 blocks, shot 50.5 percent from the field, 34.4 percent from distance and 79.8 percent from the stripe last year.

Horford is arguably the Rockets' best free agent fit among the 2016 free agents — minus, of course, the universal fits like Durant and LeBron James. Horford does a little bit of everything, and won't demand the spotlight like another center from Atlanta the Rockets have recent experience with.

Multiple reports have the Oklahoma City Thunder working to try to bring in Horford, but they would have to deal away Enes Kanter if they want the big man and Durantula. Other teams working to bring in the Hawks' big man: Atlanta, the Pistons, Celtics, Magic and Wizards are all reportedly vying for his services, and that's likely not even the complete list.